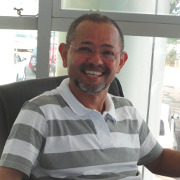 I'm a german architect based in Berlin. When I was 9 years old I already knew that I want to become an architect. Back then me and my father visited a construction site for the first time of my life and I was fascinated by all the possibilities to form buildings using cement and other materials. As a result I participated in many architecture related competitions and finally went to germany to study that topic.
Even today architecture feels still more like a hobby than work. I simply enjoy seeing how my ideas become reality. You will find a lot of photographs and information on this website. Take your time to check out my highlights and feel free to contact me if you are interested in a new project.

In my work I am combining many years of experience with creative ideas.

Although I am mainly active in Germany, I use my language skills and international contacts to drive the construction of large buildings and tourism projects in the east african region (Cape Verde, Angola and Guinea Bissau). In Germany as in East Africa, I work with many local partners in order to achieve the most valueable outcome for my customers. For me their needs and concerns are always the focus of my work.